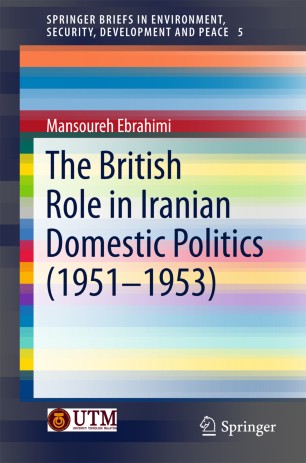 Based on British and Iranian sources, this book investigates the background and goals of the coup in Iran, examining how British foreign and domestic agents interfered with Iran’s internal affairs between the nationalization of Iran’s oil in 1951 until its failure in 1953 with the overthrow of Prime Minister Mossadegh. How and why was Iran’s democratically elected government ousted in 1953? Most studies refer to a ‘CIA-led’ operation. This study analyses how British agents used the Shah, the ancient Persian Durbar, Majlis deputies, Islamic clergy, and Iranian military officers in the overthrow of the first democratically elected Prime Minister, and highlights how Britain used the ‘Communist menace’ as a pretext for protecting its oil interests and persuaded the Americans to orchestrate the coup. This close interaction between British colonial interests, American Cold War goals and Iranian politics ultimately defeated the democratic aspirations of Iran’s people.