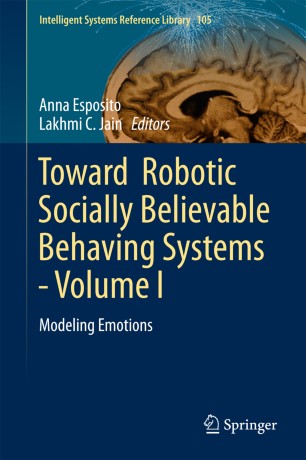 This volume is a collection of research studies on the modeling of emotions in complex autonomous systems. Several experts in the field are reporting their efforts and reviewing the literature in order to shed lights on how the processes of coding and decoding emotional states took place in humans, which are the physiological, physical, and psychological variables involved, invent new mathematical models and algorithms to describe them, and motivate these investigations in the light of observable societal changes and needs, such as the aging population and the cost of health care services. The consequences are the implementation of emotionally and socially believable machines, acting as helpers into domestic spheres, where emotions drive behaviors and actions.

The contents of the book are highly multidisciplinary since the modeling of emotions in robotic socially believable systems requires a holistic perspective on topics coming from different research domains such as computer science, engineering, sociology, psychology, linguistic, and information communication.  The book is of interest both to experts and students since last research works on a so complex multidisciplinary topic are described in a neat and didactical scientific language.