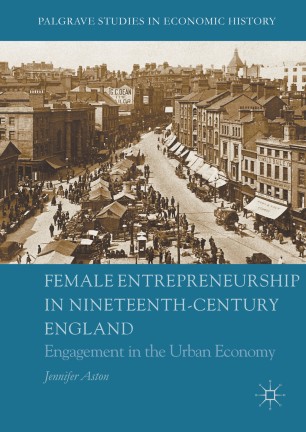 Engagement in the Urban Economy

Sources including trade directories, census returns, probate records, newspapers, advertisements, and photographs are analysed and linked to demonstrate conclusively that women in nineteenth-century England were far more prevalent in business than previously acknowledged. Moreover, women were able to establish and expand their businesses far beyond the scope of inter-generational caretakers in sectors of the economy traditionally viewed as unfeminine, and acquire the assets and possessions that were necessary to secure middle-class status. These women serve as a powerful reminder that the middle-class woman’s retreat from economic activity during the nineteenth-century, so often accepted as axiomatic, was not the case. In fact, women continued to act as autonomous and independent entrepreneurs, and used business ownership as a platform to participate in the economic, philanthropic, and political public sphere.