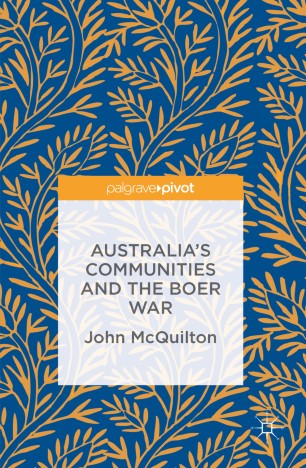 Australia's Communities and the Boer War

This book explores an Australian regional community’s reaction to, and involvement with, the Boer War. It argues that after the initial year the war became an ‘occasional war’ in that it was assumed that the empire would triumph. But it also laid the foundations for reactions to the outbreak of the Great War in 1914. This is the first exploration of the place of the Boer War in Australian history at the community level. Indeed, even at the national level the literature is limited. It is often forgotten that, despite the claims that Australia became a federation via peaceful means, the colonies and the new nation were, in fact, at war. This study aims to bring back into focus a forgotten part of Australian and imperial history, and argues that the Australian experience of the Boer War was more than the execution of Morant and Hancock.