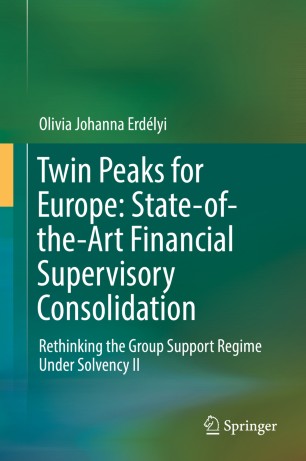 The book addresses the truly interdisciplinary and highly controversial subject of international financial regulation and supervision, which has been at the center of academic, political, and public attention since the start of the current economic and financial crisis. Drawing on international financial regulatory and supervisory experience and in line with the European Monetary Union’s gradual transformation into a Genuine Economic and Monetary Union, it proposes the transformation of the European financial supervisory framework into a hybrid twin-peaks model to create the previously missing necessary legal foundation for the adoption of the so-called Group Support Regime (GSR). The latter is a relatively simple and transparent capital management tool for (re)insurance groups operating in a parent-subsidiary structure proposed by the European Commission under the new Solvency II insurance supervisory framework, which despite lengthy consideration was eventually rejected by Member States.