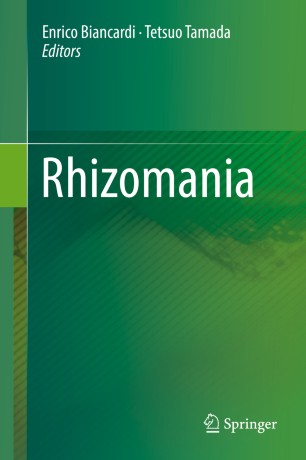 Rhizomania is a relatively new and devastating disease affecting sugar beet. Around fifty years ago, it was recognized that the pathogenic agent is the virus, later named Beet necrotic yellow vein virus (BNYVV), vectored and inoculated by the soil-borne fungus Polymyxa betae. The diffusion of the disease is still ongoing today in every cultivated area and causes damage in sugar yield of sometimes more than 80%. It was soon understood that the unique, economically feasible means for limiting the damage was provided only by genetic resistances. In fact, the traditional management systems, including long crop rotations, nearly resulted without effects. The discovery of the causal agents and the release of the first resistant varieties are recalled by the researchers directly involved.
The introduction describes briefly the sugar beet crop, the more common diseases, and the damage caused by rhizomania. The following chapters discuss biological properties of the causal virus, BNYVV, and its vector, P. betae, and their interactions with the environment and the host-plant. In particular, the great advances in research of the molecular biology of BNYVV should be noteworthy, which have been established by a wide range of the most modern methods. Recent work focused on the genetic diversity and evolution of BNYVV is moving forward our understanding of the dramatic worldwide epidemics of rhizomania. Newly developed molecular techniques also lead to practical applications, such as quantification of inoculum in ecological and epidemiological research.
The knowledge of ecology and epidemiology of rhizomania is particularly useful to understand the means and practices able to limit or avoid its further diffusion. Some promising methods of biological control using coexisting and non-pathogenic organisms could potentially help improve the action of the not completely effective genetic resistances. This integrated protection would be valuable, especially in the even more frequent development of resistance–breaking strains in the BNYVV, where the known types of resistance, alone or in combination, seem to have lost part of their original ability to protect the crop. Therefore, further efforts will be needed to discover new traits likely still present in the wild species of the genus Beta. The availability of large collections of germplasm stored in the International Beta gene-banks should ensure the enhanced efficiency of genetic resistance by means of conventional and marker-assisted selection methods. Some almost immune transgenic varieties seem already to be waiting for release where and when it will be possible. The perspectives to not only reduce the current damages, but also to avoid further spread and noxious evolutions of the rhizomania agents are described.
The book provides a broad and comprehensive overview of the various aspects regarding the disease, including the more updated techniques for genome analysis. The outlook will be valuable for farmers, extension services, students, and researchers involved in lowering the effects of rhizomania, in order to ensure the future of sugar beet crop. The history of the discoveries that led to the almost complete control of the disease, also is a study case for those who are not directly interested in sugar beet crop.