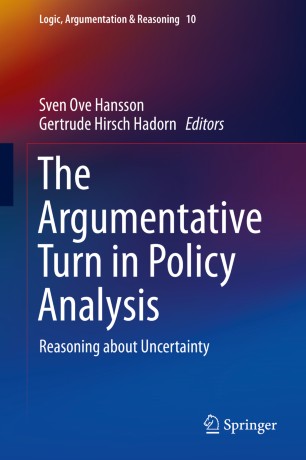 The first part of the work explores how to deal in a systematic way with decision-making when there may be plural perspectives on the decision problem, along with unknown consequences of what we do. Readers will see how argumentation tools can be used for prioritizing among uncertain dangers, for determining how decisions should be framed, for choosing a suitable time frame for a decision, and for systematically choosing among different decision options. Case studies are presented in the second part of the book, showing argumentation in practice in the areas of climate geoengineering, water governance, synthetic biology, nuclear waste, and financial markets. In one example, argumentation analysis is applied to proposals to solve the climate problem with various technological manipulations of the natural climate system, such as massive dispersion of reflective aerosols into the stratosphere. Even after a thorough investigation of such a proposal, doubt remains as to whether all the potential risks have been identified. In such discussions, conventional risk analysis does not have much to contribute since it presupposes that the risks have been identified, whereas the argumentative approach to uncertainty management can be used to systematize discussions.

Sven Ove Hansson is professor and head of the Department of Philosophy and the History of Technology, Royal Institute of Technology, Stockholm. He is editor-in-chief of Theoria and of the Springer book series Outstanding contributions to logic. His latest book is The Ethics of Risk (Palgrave). He is a member of the Royal Swedish Academy of Engineering Sciences and was President of the international Society for Philosophy and Technology in 2011-2013. Gertrude Hirsch Hadorn is adjunct professor at the Department of Environmental Systems Science, Swiss Federal Institute of Technology, Zurich. Her current focus is on systematizing research and decisions on sustainable development. She is lead editor of the Handbook of Transdisciplinary Research (Springer). She is a member of the Scientific Board of the interdisciplinary journal GAIA. She has acted as Vice President of the Swiss Academy of Sciences in 2001-2006.