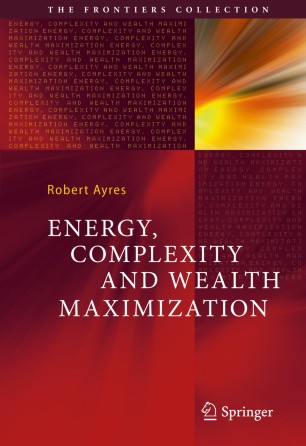 This book is about the mechanisms of wealth creation, or what we like to think of as evolutionary “progress”. For the modern economy, natural wealth consists of complex physical structures of condensed (“frozen”) energy – mass - maintained in the earth’s crust far from thermodynamic equilibrium. However, we usually perceive wealth as created when mutation or “invention” – a change agent - introduces something different, and fitter, and usually after some part of the natural wealth of the planet has been exploited in an episode of “creative destruction”. Selection out of the resulting diversity is determined by survival in a competitive environment, whether a planet, a habitat, or a market. While human wealth is associated with money and what it can buy, it is ultimately based on natural wealth, both as materials transformed into useful artifacts, and how those artifacts, activated by energy, can create and transmit useful information. Humans have learned how to transform natural wealth into other forms. Can the new immaterial wealth of information and ideas, which makes up the so-called knowledge economy, replace depleted natural wealth? This seemingly simple question is the grand challenge of the 21st century.
In this book, you will learn about the three key requirements for wealth creation, and how this process acts at all scales from elementary particles to biological organisms to the human economy according to physical laws. At the planetary level, continuing life on Earth depends on “entropy minimization” or the “circular economy”. In the human economy, however, the massive circular flow of goods and services between producers and consumers is not a perpetual motion machine; it has been dependent for the past 150 years on energy inputs from a finite storage of fossil fuels. Knowledge and natural capital, particularly energy, will interact to power the human wealth engine in the future as it has in the past. Will it sputter or continue along the path of evolutionary progress that we have come to expect?