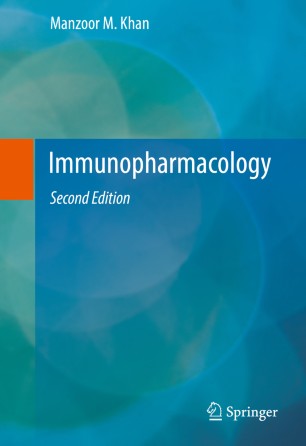 The concept of immunotherapy was in infancy when the first edition was written; since then, major advances have been made, not only with several prominent clinical trials, but also with the approval of cell-based therapy by the FDA for the treatment of cancer in 2010.  These events resulted in a gradually narrowing gap between early scientific knowledge and the late development of immune-based therapies. Consequently, the significance and magnitude of these advances warranted a revision of this contribution; this revised edition will provide a deeper understanding of the recent advances and discoveries related to the function of the immune response and their applications in the development of novel therapies to treat human diseases. Some of the key discoveries during the past five years include: the identification of the new subsets of helper T cells; new cytokines and their networks; and novel signal transduction mechanisms. For example, the identification of TH17 subset of helper T cells, in addition to TH1 and TH2 cells, not only advanced our understanding of the function of the basic immune response, but also raised our awareness of the possible etiology and pathogenesis of diseases such as allergy, asthma, rheumatoid arthritis, and other auto-immune/immune system based diseases. The newly identified powerful cytokine networks, that regulate both innate and acquired immune responses, emerged as a result of the finding of new cell types such as innate lymphoid cells and iNKT.  Identification of the novel cytokines and their networks has advanced our knowledge of the mechanisms involved in the maintenance of tissue homeostasis, including inflammation and tissue repair during stress and injury. The development of HIV vaccines has also seen dramatic changes over the last few years. There has been a shift from a sole focus on T cell vaccines to a holistic approach that pertains to the induction of both humoral and cellular elements. This entails the induction of antibodies – both binding and neutralizing – to prevent infection. The cellular vaccination produces a safety net of CD8+ T-cell responses to suppress the replication of the virus in the infected patients, and both of the effector arms are aided by helper T cells.  From the perspective of clinical applications, significant advances have also been made in: oral immunotherapy for allergic disease, the possible treatment of HIV infection, the development of new monoclonal antibodies and their fragments to treat human diseases, and immune cell based therapies for cancer.

“In 12 highly referenced chapters, the author covers recent relevant immunotherapy advances in areas such as pathology, pharmacology, and genetics. In the table of contents, each chapter is numerically outlined with headings and subheadings. Within the text, the chapters open with an abstract and a list of key words, and then follow the format indicated in the table of contents. … Summing Up: Recommended.” (R. S. Kowalczyk, Choice, Vol. 54 (5), January, 2017)
Buy options