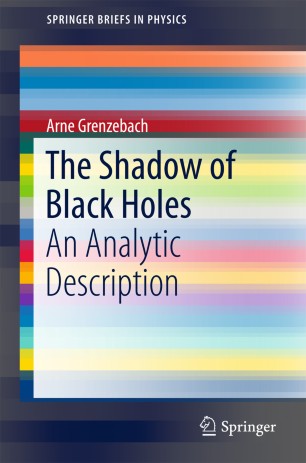 The Shadow of Black Holes

This book introduces an analytic method to describe the shadow of black holes. As an introduction, it presents a survey of the attempts to observe the shadow of galactic black holes. Based on a detailed discussion of the Plebański–Demiański class of space-times, the book derives analytical formulas for the photon regions and for the boundary curve of the shadow as seen by an observer in the domain of outer communication. It also analyzes how the shadow depends on the motion of the observer. For all cases, the photon regions and shadows are visualized for various values of the parameters. Finally, it considers how the analytical formulas can be used for calculating the horizontal and vertical angular diameters of the shadow, and estimates values for the black holes at the centers of our Galaxy near Sgr A* and of the neighboring galaxy M87.