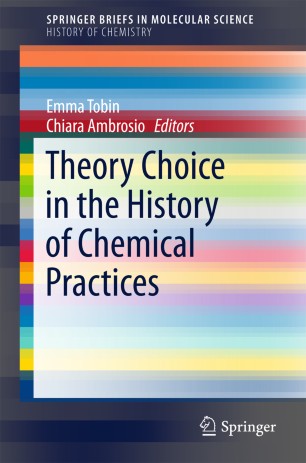 Theory Choice in the History of Chemical Practices

This collection of essays examines the question of theory from the perspective of the history of chemistry. Through the lens of a number of different periods, the authors provide a historical analysis of the question of theory in the history of chemical practice. The consensus picture that emerges is that the history of science tells us a much more complex story about theory choice. A glimpse at scientific practice at the time shows that different, competing as well as non-competing, theories were used in the context of the scientific practice at the various times and sometimes played a pivotal pedagogical role in training the next generation of chemists. This brief brings together a history of chemical practice, and in so doing reveals that theory choice is conceptually more problematic than was originally conceived. This volume was produced as part of the Ad HOC chemistry research group hosted by University College London and University of Cambridge.