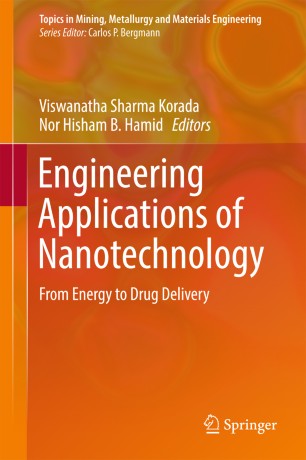 From Energy to Drug Delivery

This book focuses on the use of nanotechnology in several fields of engineering. Among others, the reader will find valuable information as to how nanotechnology can aid in extending the life of component materials exposed to corrosive atmospheres, in thermal fluid energy conversion processes, anti-reflection coatings on photovoltaic cells to yield enhanced output from solar cells, in connection with friction and wear reduction in automobiles, and buoyancy suppression in free convective heat transfer. Moreover, this unique resource presents the latest research on nanoscale transport phenomena and concludes with a look at likely future trends.

Viswanatha SHARMA Korada is working as a Professor in the Department of Mechanical Engineering, Universiti Teknologi PETRONAS since 2014. He joined the Jawaharlal Nehru Technological University Hyderabad (JNTUH), India in 1989 as a lecturer and holds the position of Professor from 2006. He has published numerous peer reviewed articles in journals dealing with thermal fluid problems having applications in the cooling of electronic components, condensation in the presence of air, nucleate boiling heat transfer, solar thermal energy conversion, flow and heat transfer in porous medium, single phase and two phase heat transfer. He has co-authored a book on "Energy Conservation and Management".