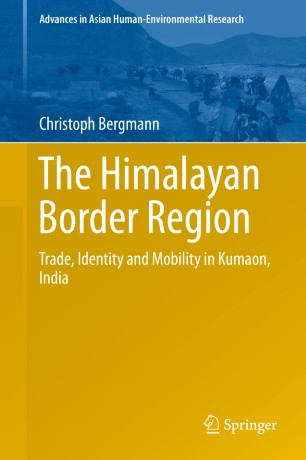 Drawing from extensive archival work and long-term ethnographic research, this book focuses on the so-called Bhotiyas, former trans-Himalayan traders and a Scheduled Tribe of India who reside in several high valleys of the Kumaon Himalaya. The area is located in the border triangle between India, the Tibet Autonomous Region (TAR, People’s Republic of China), and Nepal, where contestations over political boundaries have created multiple challenges as well as opportunities for local mountain communities. Based on an analytical framework that is grounded in and contributes to recent advances in the field of border studies, the author explores how the Bhotiyas have used their agency to develop a flourishing trans-Himalayan trade under British colonial influence; to assert an identity and win legal recognition as a tribal community in the political setup of independent India; and to innovate their pastoral mobility in the context of ongoing state and market reforms. By examining the Bhotiyas’ trade, identity and mobility this book shows how and why the Himalayan border region has evolved as an agentive site of political action for a variety of different actors.

Christoph Bergmann is a postdoctoral researcher in the Department of Geography at the South Asia Institute, Heidelberg University (Germany). As an interdisciplinary scholar with particular expertise in the domains of social anthropology and geography, much of his work has sought to establish a locally and historically contextualized understanding of stakeholder activities in High Asia and, more recently, Sub-Saharan Africa. He adopts an actor-oriented approach to scrutinize processes of border-making and to unravel geographically and socially uneven patterns of development, with a particular focus on the knowledge, aspirations and agendas of those considered as socio-economically or socio-culturally marginal.