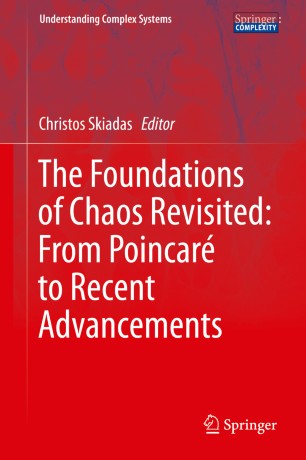 The Foundations of Chaos Revisited: From Poincaré to Recent Advancements

With contributions from a number of pioneering researchers in the field, this collection is aimed not only at researchers and scientists in nonlinear dynamics but also at a broader audience interested in understanding and exploring how modern chaos theory has developed since the days of Poincaré.

This book was motivated by and is an outcome of the CHAOS 2015 meeting held at the Henri Poincaré Institute in Paris, which provided a perfect opportunity to gain inspiration and discuss new perspectives on the history, development and modern aspects of chaos theory.

Henri Poincaré is remembered as a great mind in mathematics, physics and astronomy. His works, well beyond their rigorous mathematical and analytical style, are known for their deep insights into science and research in general, and the philosophy of science in particular. The Poincaré conjecture (only proved in 2006) along with his work on the three-body problem are considered to be the foundation of modern chaos theory.