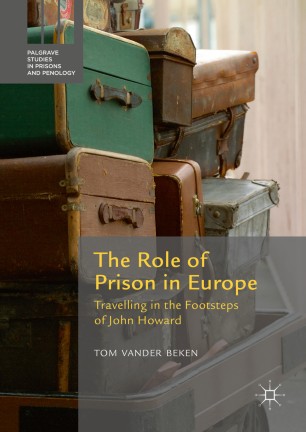 The Role of Prison in Europe

Travelling in the Footsteps of John Howard

This book discusses the role of the prison in Europe across a divide of over 200 years. Inspired by the travels of the prison reformer John Howard (1726-1790), who visited prisons across Europe in the eighteenth century, it fundamentally reflects on centuries of the practice of locking people up as punishment. Howard travelled across Europe to visit prisons, with a simple method: he travelled and knocked on prison doors on his journey and entered the premises. He then observed the situation in the prison, took notes and left to visit other locations. Howard's influential book The State of the Prisons resulted from his experiences, provoking debate among prison reformers and academics worldwide.
Adopting the contemporary methods of prison tourism research, the author follows in Howard's footsteps. He draws on extensive research conducted in prisons across six countries: England, Norway, the Netherlands, France, Italy and Azerbaijan. Howard's reflections are used as a frame to assess contemporary prisons, particularly revolving around the questions of what prisons are for today, and what they should (or should not) be. It will be of great interest to criminologists researching prisons and penology, as well as historians interested in the histories of punishment.