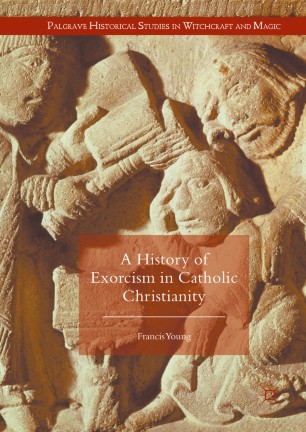 A History of Exorcism in Catholic Christianity

This book traces the development of exorcism in Catholic Christianity from the fourth century to the present day, and seeks to explain why exorcism is still so much in demand.  This is the first work in English to trace the development of the liturgy, practice and authorisation of exorcisms in Latin Christianity. The rite of exorcism, and the claim by Roman Catholic priests to be able to drive demons from the possessed, remains an enduring source of popular fascination, but the origins and history of this controversial rite have been little explored. Arguing that belief in the need for exorcism typically re-emerges at periods of crisis for the church, Francis Young explores the shifting boundaries between authorised exorcisms and unauthorised magic throughout Christian history, from Augustine of Hippo to Pope Francis. This book offers the historical background to – and suggests reasons for – the current resurgence of exorcism in the global Catholic Church.

Francis Young is Volumes Editor for the Catholic Record Society. He is the author of several books, including English Catholics and the Supernatural, 1553–1829 (2013) and The Gages of Hengrave and Suffolk Catholicism (2015).

“A history of exorcism in Catholic Christianity is a valuable contribution to Catholic theological and liturgical history. Because it includes relatively few exorcism narratives, it has less to contribute to the social history of religion. Also, the narratives that do appear do little to capture the drama of these exorcisms, which were theatrical productions in every sense of the word.” (Brian P. Levack, Journal of Ecclesiastical History , Vol. 70 (1), January, 2019)
Buy options