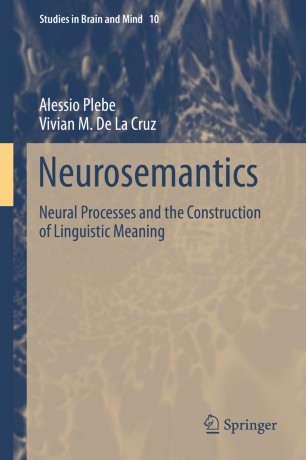 Neural Processes and the Construction of Linguistic Meaning

Part of the Studies in Brain and Mind book series (SIBM, volume 10)

This book examines the concept of “Neurosemantics”, a term currently used in two different senses: the informational meaning of the physical processes in the neural circuits, and semantics in its classical sense, as the meaning of language, explained in terms of neural processes. The book explores this second sense of neurosemantics, yet in doing so, it addresses much of the first meaning as well. Divided into two parts, the book starts with a description and analysis of the mathematics of the brain, including computational units, representational mechanisms and algorithmic principles. This first part pays special attention to the neural architecture which has been used in developing models of neurosemantics. The second part of the book presents a collection of models, and describes each model reproducing specific aspects of the semantics of language. Some of these models target one of the core problems of semantics, the reference of nouns, and in particular of nouns with a strong perceptual characterization. Others address the semantics of predicates, with a detailed analysis of colour attributes. While this book represents a radical shift from traditional semantics, it still pursues a line of continuity that is based on the idea that meaning can be captured, and explained, by a sort of computation.