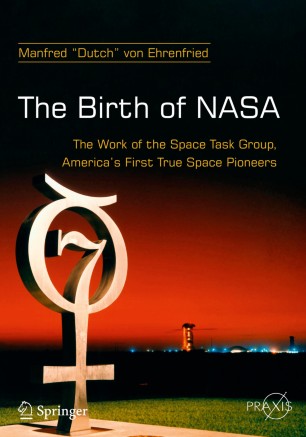 The Birth of NASA

This is the story of the work of the original NASA space pioneers; men and women who were suddenly organized in 1958 from the then National Advisory Committee on Aeronautics (NACA) into the Space Task Group. A relatively small group, they developed the initial mission concept plans and procedures for the U. S. space program. Then they boldly built hardware and facilities to accomplish those missions. The group existed only three years before they were transferred to the Manned Spacecraft Center in Houston, Texas, in 1962, but their organization left a large mark on what would follow.
Von Ehrenfried's personal experience with the STG at Langley uniquely positions him to describe the way the group was structured and how it reacted to the new demands of a post-Sputnik era. He artfully analyzes how the growing space program was managed and what techniques enabled it to develop so quickly from an operations perspective. The result is a fascinating window into history, amply backed up by first person documentation and interviews.

Dutch Von Ehrenfried has worked in both the space flight and aviation fields for about 25 years. He was a NASA Flight Controller in Mission Control for Mercury, Gemini and Apollo Missions and also worked on some of the experiments that went into Skylab from an Earth Resources experiment standpoint. He has also worked in the NASA Headquarters Space Station Program Office for about 10 years and the FAA Aviation Safety Office for a year.

“This work lets one go behind the scenes of the creation of one of the most innovative and awe-inspiring agencies of the American government. … a reference work that tells a story, as well as a story that can double as a reference work. … Researchers will enjoy the data, which can be accessed via a well-organized table of contents, a comprehensive index, and multiple appendixes. Any space enthusiast will be intrigued by this work. … Summing Up: Recommended.” (R. I. Saltz, Choice, Vol. 54 (2), October, 2016)
Buy options