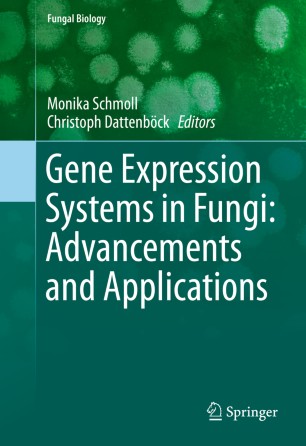 Biotechnology has emerged as one of the key environmentally safe technologies for the future which enables use of biomass to develop novel smart materials and to replace oil derived products. Fungi are the most efficient producers of the enzymes needed for this purpose and in addition they produce a plethora of secondary metabolites, among which novel antibiotics can be found. Industrial application and exploitation of the metabolic capacities of fungi requires highly productive and robust gene expression systems, which can be achieved by selection of appropriate species and strain improvement. In this book we aim to summarize homologous and heterologous gene expression systems of fungi for production of enzymes and secondary metabolites. A broad overview on requirements, challenges and successful applications shall serve as a basis for further development of fungi as biotechnological workhorses in research and industry.

The primary research field of Dr. Schmoll is the interconnection between light response, sexual development and metabolism, with an emphasis on effects on cellulase gene expression in the filamentous fungus Trichoderma reesei. She showed for the first time that cellulase gene expression is modulated by light in T. reesei and could since then elucidate important mechanistic details on the underlying mechanism. Her group discovered the sexual cycle in the biotechnological workhorseTrichoderma, which had previously been considered asexual. Recently, her group also showed that communication upon sexual development is mediated by regulation of secondary metabolism. Her work with Trichoderma is complemented by contributions to genome annotation of several fungi (Trichoderma spp., Aspergillus nidulans, Postia placenta, Ceriporiopsis subvermispora, Phlebiopsis gigantea), especially in the field of signal transduction.