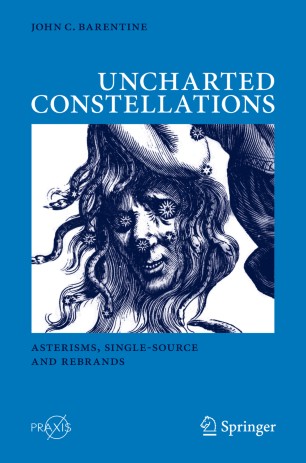 This book compiles an array of interesting constellations that fell by the wayside before the IAU established the modern canon of constellations. That decision left out lesser known ones whose history is nevertheless interesting, but at last author John Barentine is giving them their due. This book is a companion to "The Alternate Constellations", highlighting the more obscure configurations.
The 16 constellations found in this volume fall into one or more of three broad categories: asterims, such as the Big Dipper in Ursa Major; single-sourced constellations introduced on surviving charts by a cartographer perhaps currying the favor of sponsors; and re-brands, new figures meant to displace existing constellations, often for an ideological reason. All of them reveal something unique about the development of humanity's map of the sky.