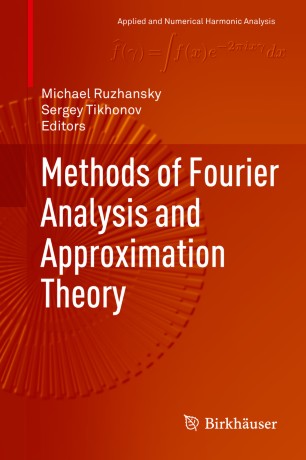 Different facets of interplay between harmonic analysis and approximation theory are covered in this volume.  The topics included are Fourier analysis, function spaces, optimization theory, partial differential equations, and their links to modern developments in the approximation theory. The articles of this collection were originated from two events. The first event took place during the 9th ISAAC Congress in Krakow, Poland, 5th-9th August 2013, at the section “Approximation Theory and Fourier Analysis”. The second event was the conference on Fourier Analysis and Approximation Theory in the Centre de Recerca  Matemàtica (CRM), Barcelona, during 4th-8th November 2013, organized by the editors of this volume. All articles selected to be part of this collection were carefully reviewed.