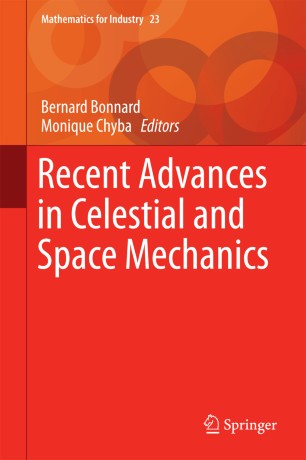 Part of the Mathematics for Industry book series (MFI, volume 23)

This book presents recent advances in space and celestial mechanics, with a focus on the N-body problem and astrodynamics, and explores the development and application of computational techniques in both areas. It highlights the design of space transfers with various modes of propulsion, like solar sailing and low-thrust transfers between libration point orbits, as well as a broad range of targets and applications, like rendezvous with near Earth objects. Additionally, it includes contributions on the non-integrability properties of the collinear three- and four-body problem, and on general conditions for the existence of stable, minimum energy configurations in the full N-body problem.
A valuable resource for physicists and mathematicians with research interests in celestial mechanics, astrodynamics and optimal control as applied to space transfers, as well as for professionals and companies in the industry.