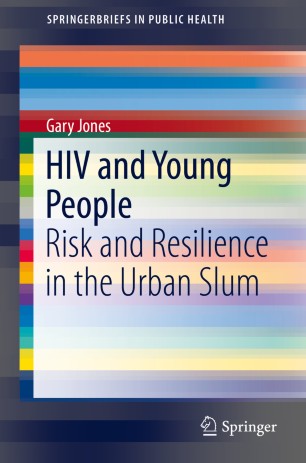 Risk and Resilience in the Urban Slum

Revisiting the thinking on vulnerability to HIV and risk of infection, this book provides better understanding by considering the risk of HIV infection alongside notions of personal and collective resilience, dignity and humiliation.
The work shows that young people in the urban slum dignify their world and, in doing so, establish priorities and draw on a set of references oftentimes intelligible to them alone. Moreover, humiliation, as an interpersonal event, adds to a sense of vulnerability and lies closely behind choices directly affecting personal health and livelihood. Thus, dignity and humiliation are shown for the first time to have a critical role in health seeking and risky behavior related to HIV, and this is an area in great need of further research.
The crucial focus of this work is further emphasized by the rapid growth of urban slums, and high rates of HIV among both slum dwellers and young people, who continue to bear the brunt of the AIDS epidemic, thirty years on.
This comprehensive literature review provides a compelling argument that the time is right to further explore the nexus of risk and resilience from a people-centered perspective. Fresh insight is critical to reach the goal of ending AIDS by 2030.

Gary Jones has spent most of his career in the developing world. For more than thirty years, in settings ranging from long-term stability to humanitarian crisis he has worked in the private sector, academia, with not-for-profit organizations and United Nations agencies, and often in some of the most challenging environments in the world. From direct experience mostly in southern and eastern Africa, he has witnessed first-hand the toll exacted by HIV, especially amongst key populations, and increasingly so among young people in the urban slum environment. As demonstrated by a life-time of activism, Gary has long been an advocate for the principle of a people-centred and multi-dimensional approach to HIV as the only way to bring meaningful and sustainable change in ending AIDS. It is this belief in the power of collective resilience that draws him to the study of dignity and humiliation. Gary is married with three children and currently lives in Australia.