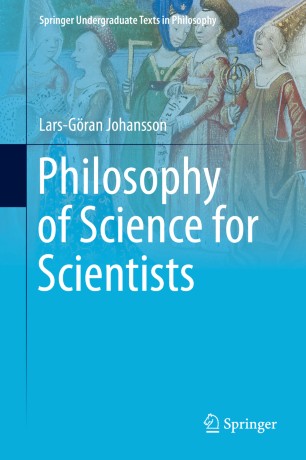 Philosophy of Science for Scientists

This textbook offers an introduction to the philosophy of science. It helps undergraduate students from the natural, the human and social sciences to gain an understanding of what science is, how it has developed, what its core traits are, how to distinguish between science and pseudo-science and to discover what a scientific attitude is. It argues against the common assumption that there is fundamental difference between natural and human science, with natural science being concerned with testing hypotheses and discovering natural laws, and the aim of human and some social sciences being to understand the meanings of individual and social group actions. Instead examines the similarities between the sciences and shows how the testing of hypotheses and doing interpretation/hermeneutics are similar activities. The book makes clear that lessons from natural scientists are relevant to students and scholars within the social and human sciences, and vice versa. It teaches its readers how to effectively demarcate between science and pseudo-science and sets criteria for true scientific thinking.

Divided into three parts, the book first examines the question What is Science? It describes the evolution of science, defines knowledge, and explains the use of and need for hypotheses and hypothesis testing. The second half of part I deals with scientific data and observation, qualitative data and methods, and ends with a discussion of theories on the development of science. Part II offers philosophical reflections on four of the most important concepts in science: causes, explanations, laws and models. Part III presents discussions on philosophy of mind, the relation between mind and body, value-free and value-related science, and reflections on actual trends in science.

causes, explanations, laws and models explanation in the humanities and social sciences four core concepts in science hypotheses and hypothesis testing science and values the evolution of science the mind-body problem theories about the development of science