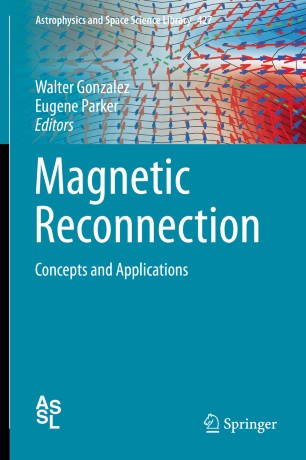 This book provides an overview of recent research highlights in the main areas of application of magnetic reconnection (MR), including planetary, solar and magnetospheric physics and astrophysics. It describes how research on magnetic reconnection, especially concerning the Earth's magnetosphere, has grown extensively due to dedicated observations from major satellite missions such as Cluster, Double Star and Themis. The accumulated observations from these missions are being supplemented by many theoretical and modelling efforts, for which large scale computer facilities are successfully being used, and the theoretical advances are also covered in detail.
Opening with an introductory discussion of some fundamental issues related to magnetic reconnection, subsequent chapters address topics including collisionless magnetic reconnection, MHD structures in 3D reconnection, energy conversion processes, fast reconnection mediated by plasmoids, rapid reconnection and magnetic field topology. Further chapters consider specific areas of application such as magnetospheric dayside and tail reconnection, comparative reconnection in planetary systems and reconnection in astrophysical systems. The book offers insight into discussions about fundamental concepts and key aspects of MR, access to the full set of applications of MR as presently known in space physics and in astrophysics, and an introduction to a new related area of study dealing with the annihilation of quantum magnetic fluxes and its implications in the study on neutron star activity.
The book is aimed primarily at students entering the field, but will also serve as a useful reference text for established scientists and senior researchers.

Walter Gonzalez  received his PhD in Physics from the University of California-Berkeley in 1973 and has worked at Stanford university, Caltech- JPL/NASA, Michigan university and at several other universities abroad, alternating with his research position in Brazil. He is head of the Heliospheric and Magnetospheric Division of the National Institute for Space Research of Brazil, INPE . Together with Prof F S Mozer from UC Berkeley Prof Gonzalez published in 1974 the first quantitative model for Magnetic Reconnection at the Earth’s magnetopause, thus introducing the concepts of "component reconnection", "tilted reconnection line", "reconnection potential" and "power transfer from the solar wind to the Earth’s magnetosphere due to reconnection". He also published in 1994 the paper "What is a Geomagnetic Storm?", which has been extensively cited. He is author of more than 200 articles, 15 book chapters and 4 books in space plasma physics. He is the first president-elect of the Latin-American Space Geophysics association, a Distinguished Visiting scientist of NASA and is Member of the Brazilian and Peruvian Academy of Sciences.

Eugene Parker received his B.S. degree in physics from Michigan State University in 1948 and Ph.D. from Caltech in 1951. In the mid-1950s he developed the theory on the supersonic solar wind and predicted the Parker-spiral shape of the solar/interplanetary magnetic field in the outer solar system. Professor Parker was elected to the National Academy of Sciences in 1967. He has been at the University of Chicago since 1955, where he has held positions in the physics department, the astronomy and astrophysics department and the Enrico Fermi Institute. He is a leading authority on the solar wind, solar dynamo, space plasmas and cosmic magnetic fields. He is author of many articles and several books on cosmic and space plasmas and is still engaged in active research at the University of Chicago.