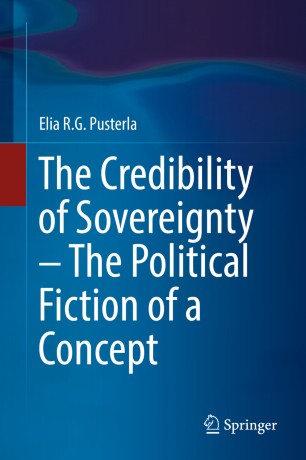 The Credibility of Sovereignty – The Political Fiction of a Concept

The book deeply analyses the bilateral relations between Switzerland and the European Union and their effect on the former's sovereignty in the context of Europeanisation. This touches on philosophical debates on the complexity of sovereignty. What sovereignty is at stake when talking about Swiss-EU relations? This issue not only faces the elusiveness of sovereignty as a concept, but also the proliferation of hypocrisy on its presence within states. The book encounters the deconstructionist hypothesis stating that there is nothing to worry about but the belief there is something to worry about. Derrida’s deconstruction of sovereignty allows indeed one to grasp the fictional essence of sovereignty based on the metaphysics of presence. The presence of self-positing sovereign ipseity is fictional since absent in the present, but spectrally present in the belief of its presence to come. Sovereignty is a matter of credibility, or the credible promise of a normative statement to come. Hence, the book challenges the realist/neorealist argument stating that states are credibly sovereign until proven otherwise and explains that the debate on state sovereignty calls for the unveiling of this hypocritical epistemology cunningly disguised as an objective presence. Swiss-EU relations thus become the cornerstone to not only theorise but also test sovereignty and deconstruct the two ontological and epistemological sides of the same coin, or the modern hypocrisy of sovereignty. This deconstruction constitutes the very problématique of any attempt to understand whether and how a state can be sovereign and solve the problem as to how to neutralise the différance and identify the difference between credible and incredible claims of sovereignty. This problématique connects the theory and practice of sovereignty innovatively, providing positivist evidence on the arguable credibility of the Swiss claim of sovereignty and confirming the presence of a theological dimension within politics.<