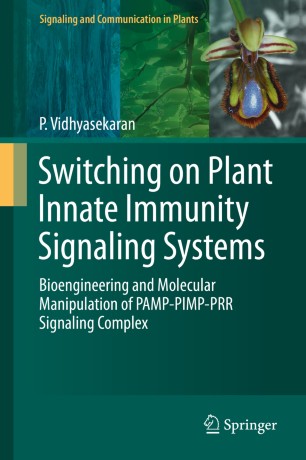 This book describes various bioengineering and molecular manipulation technologies employed to trigger defense responses and manage crop diseases. Plant innate immune system is a sleeping giant armed with an armory of deadly weapons (defense genes) to fight and destroy the invading viral, bacterial, oomycete, and fungal pathogens. When awakened by specific alarm signals, the plant immune system can activate transcription of hundreds of defense genes and confer resistance against wide range of pathogens, specifically against viral and bacterial pathogens against which effective chemical control is still not available. Chemical control of fungal and oomycete pathogens is widely practiced, but development of resistance to the modern fungicides in these pathogen populations restricts the use of these chemicals in management of these diseases. Breeding varieties with built in resistance is ideal but new races of pathogens appear frequently and the resistance often breaks down. Breeding for quantitative resistance is useful, but it is difficult to achieve. Transgenic plants developed by engineering disease resistance genes show resistance only against specific races of pathogens. Recent cutting edge studies on molecular biology of plant innate immunity have revealed the potential of the quiescent plant innate immunity for crop disease management, Enhancing disease resistance by switching on the plant immune system through modern genetic engineering and molecular manipulation technologies would be durable and publicly acceptable.