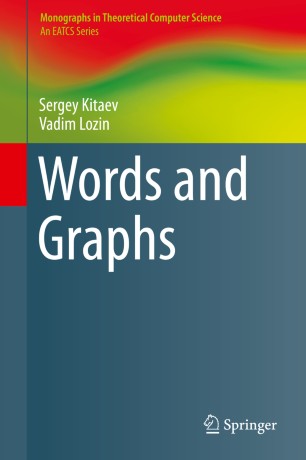 This is the first comprehensive introduction to the theory of word-representable graphs, a generalization of several classical classes of graphs, and a new topic in discrete mathematics.

After extensive introductory chapters that explain the context and consolidate the state of the art in this field, including a chapter on hereditary classes of graphs, the authors suggest a variety of problems and directions for further research, and they discuss interrelations of words and graphs in the literature by means other than word-representability.

The book is self-contained, and is suitable for both reference and learning, with many chapters containing exercises and solutions to seleced problems. It will be valuable for researchers and graduate and advanced undergraduate students in discrete mathematics and theoretical computer science, in particular those engaged with graph theory and combinatorics, and also for specialists in algebra.

Dr. Sergey Kitaev is a Reader in Combinatorics in the Department of Computer and Information Sciences of the University of Strathclyde. He studied at Novosibirsk State University, specializing in mathematical cybernetics, and received his Ph.D. from the University of Gothenburg in 2003. He has held visiting positions at the University of California, San Diego, the Sobolev Institute of Mathematics, and the Royal Swedish Academy of Sciences, and most recently he was an Associate Professor of Mathematics in Reykjavik University. He authored the (Springer) monograph "Patterns in Permutations and Words" in 2011. His research focuses on combinatorics, discrete analysis, graph theory, and formal languages.

Prof. Vadim Lozin is a Professor in the Mathematics Institute at the University of Warwick. He received his Ph.D. in theoretical informatics from the University of Nizhny Novgorod in 1995. He was a visiting professor at Rutgers University, and he has held academic and visiting positions in Russia, Sweden, Switerland, Portugal, Germany, Canada, Saudi Arabia and France. He is the Managing Editor of the (Elsevier) Electronic Notes in Discrete Mathematics, and an Associate Editor of the (Elsevier) journal Discrete Applied Mathematics. His research focuses on graph theory, combinatorics, and discrete mathematics.