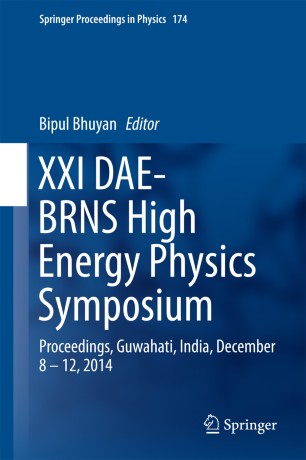 The DAE-BRNS High Energy Physics Symposium, widely considered to be one of the premiere symposiums organised in India in the field of elementary particle physics, is held every other year and supported by the Board of Research in Nuclear Sciences, Department of Atomic Energy, India. Roughly 250 physicists and researchers participated in the 21st Symposium, discussing the latest advancements in the field in 18 plenary review talks, 15 invited mini-review talks and approximately 130 contributed presentations. Bringing together the essential content, the book offers a valuable resource for both beginning and advanced researchers in the field.