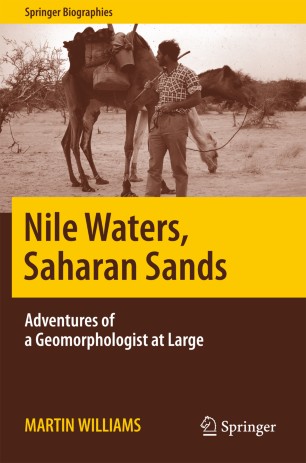 Adventures of a Geomorphologist at Large

In this book, the author describes in simple, non-technical terms the adventures he has experienced during his work as an earth scientist in some of the remote parts of the arid and semi-arid world. His aim in writing this concise account of some of the work he has been involved in over the past fifty years is to try to convey to the non-specialist some of the excitement and fun involved in fieldwork in the drier regions of the world. His studies of the soils, landforms and the recent geological history of arid and semi-arid regions have taken Martin Williams to some remarkable places in Africa, Asia, Australia and the Middle East. Not only are the landscapes themselves often stunningly beautiful, but the contact with people from quite different backgrounds and cultures has been an enriching experience. His work has taken him to places far off the beaten track, whether it be the rugged mountains of Ethiopia and northern China, the sandy deserts of the Sahara and Rajasthan, or the great river valleys of Somalia, central India and the Nile. The chapters that follow are not intended to form a coherent chronological narrative, although they do appear in rough chronological order. They should rather be viewed as vignettes or brief evocative descriptions, much as in the discursive tradition of the wandering Irish storytellers. Acting on the principle that it is not necessary to be solemn to be serious, the author aims to entertain as well as to instruct.

Martin Williams is Adjunct Professor in Earth Sciences and Emeritus Professor at the University of Adelaide, Australia. He specialises in using evidence from a wide range of disciplines to reconstruct prehistoric environments and climatic changes in the drier areas of Africa, Asia and Australia. He has worked with teams of archaeologists in the Sahara, Nile Valley, Ethiopia, Kenya and India on habitats ranging from Neolithic to those occupied by early hominids. He has mapped soils in the Blue and White Nile Valleys and has investigated erosion and desertification in Australia, China and the southern Sahara. He is a recipient of the Cuthbery Peek Medal from the Royal Geographical Society, the Sir Joseph Verco medal from the Royal Society of South Australia, the Distinguished Geomorphologist medal from the Australian and New Zealand Geomorphology Group, and the Farouk El Baz Award for Desert research from the Geological Society of America. He holds a PhD degree from the Australian National University and a Doctor of Science degree from the University of Cambridge. He is author of more than two hundred research papers (twelve in Nature), and has edited or authored thirteen books. These include Climatic Change in Deserts (2014), Interactions of Desertification and Climate (with Robert C. Balling Jr., 1996), Quaternary Environments (with David Dunkerley, Patrick De Deckker, Peter Kershaw and John Chappell, 1993, 1998), The Sahara and the Nile