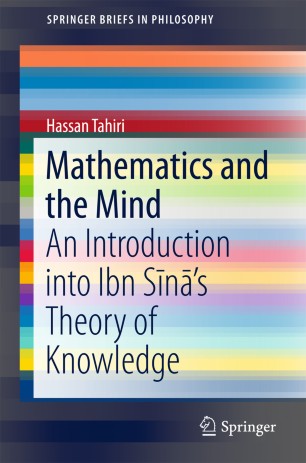 Mathematics and the Mind

An Introduction into Ibn Sīnā’s Theory of Knowledge

This book examines how epistemology was reinvented by Ibn Sīnā, an influential philosopher-scientist of the classical Islamic world who was known to the West by the Latinised name Avicenna. It explains his theory of knowledge in which intentionality acts as an interaction between the mind and the world. This, in turn, led Ibn Sīnā to distinguish an operation of intentionality specific to the generation of numbers.

The author argues that Ibn Sīnā’s transformation of philosophy is one of the major stages in the de-hellinisation movement of the Greek heritage that was set off by the advent of the Arabic-Islamic civilisation. Readers first learn about Ibn Sīnā’s unprecedented investigation into the concept of the number and his criticism of such Greek thought as Plato’s realism, Pythagoreans’ empiricism, and Ari

Next, coverage sets out the basics of Ibn Sīnā’s theory of knowledge needed for the construction of numbers. It describes how intentionality turns out to be key in showing the ontological dependence of numbers as well as even more critical to their construction.

In describing the various mental operations that make mathematical objects intentional entities, Ibn Sīnā developed powerful arguments and subtle analyses to show us the extent our mental life depends on intentionality. This monograph thoroughly explores the epistemic dimension of this concept, which, the author believes, can also explain the actual genesis and evolution of mathematics by the human mind.