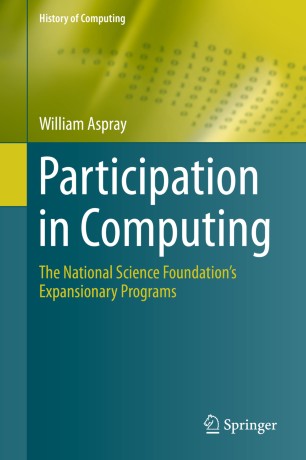 This text presents a focus on the efforts of the U.S. National Science Foundation (NSF) to broaden participation in computing of women, underrepresented minorities (especially African Americans, Hispanics, and American Indians), and people with disabilities. The work illuminates a mostly overlooked aspect of NSF’s history, and provides an historical framework to the social scientists working on current Sloan Foundation grants related to underrepresentation in computing.

Dr. William Aspray is the Bill and Lewis Suit Professor of Information Technologies in the School of Information at the University of Texas at Austin. His other Springer publications include Women and Underrepresented Minorities in Computing, Formal and Informal Approaches to Food Policy and Food in the Internet Age.