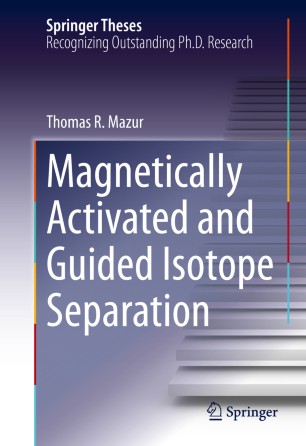 This thesis describes a proof-of-principle experiment demonstrating a technique for stable isotope enrichment called Magnetically Activated and Guided Isotope Separation (MAGIS). Over the past century many enriched isotopes have become available, thanks largely to electromagnetic separators called calutrons. Due to substantial maintenance and operating costs, the United States decommissioned the last of its calutrons in 1998, leading to demand for alternative methods of isotope separation. The work presented here suggests the promise for MAGIS as a viable alternative to the calutrons.The MAGIS technique combines optical pumping with a scalable magnetic field gradient to enrich atoms of a specific isotope in an atomic beam. Benchmarking this work against the calutron using lithium as a test case, the author demonstrated comparable enrichment in a manner that should scale to the production of similar quantities, while requiring vastly less energy input.