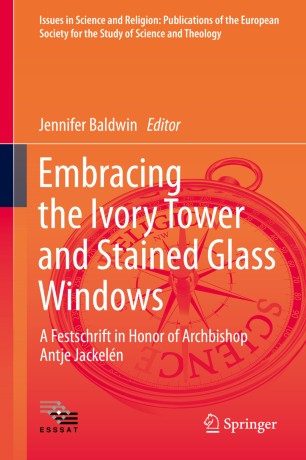 A Festschrift in Honor of Archbishop Antje Jackelén

Part of the Issues in Science and Religion: Publications of the European Society for the Study of Science and Theology book series (ESSSAT)

This book brings together contributions from scholars from Europe and the United States to honor the theological work of Antje Jackelén, the first female Archbishop of the Church of Sweden. In Archbishop Antje Jackelén’s installation homily, she identifies the strength of the Church as a “global network of prayer threads.” This book is an honorary and celebratory volume providing a “global network of prayerful essays” by contributors from a variety of academic disciplines to creatively engage, reflect, and illuminate the theological work of Archbishop Jackelén. Prior to her tenure in the Church of Sweden as Bishop of the Diocese of Lund and now the Archbishop of the Church of Sweden, Jackelén served as professor of Systematic Theology, Director of the Zygon Center and President of European Society for the Study of Science and Religion (ESSSAT). While each essay intentionally embraces the theological and ministerial work of Jackelén during her academic tenure, they also venture into areas as diverse as climate change, media studies, human uniqueness, hermeneutics, time, ethics, Christian theological tradition and history, traumatology, politics and society. As the first diverse explication of the theological thinking of Archbishop Jackelén by her theological colleagues, this text provides scholars with an expansion of the scope of Archbishop Jackelén’s theological thinking and initiates laity into the impact of Jackelén thinking that combines with grace and precision the traditions of the Church, the challenges and gifts of the sciences, and the needs and longings of society and the world.

Jennifer Baldwin, PhD, LCPC is Executive and Clinical Director at Grounding Flight Wellness Center and Instructor at Elmhurst College. She holds a doctorate in Systematic Theology with an emphasis in Religion and Science from Lutheran School of Theology at Chicago, two Masters degrees in theology and a Masters in Counseling Psychology. She is also the founder, director, and editor of Vertical Exploration Foundation, a non-profit organization dedicated to promoting research and publication of Aerial Movement Arts.