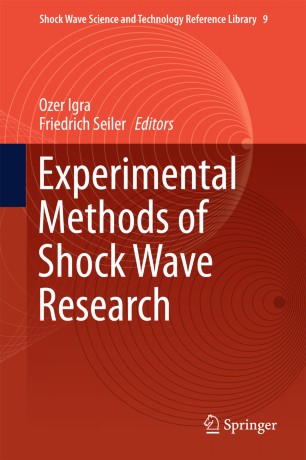 This comprehensive and carefully edited volume presents a variety of experimental methods used in Shock Waves research. In 14 self contained chapters this 9th volume of the “Shock Wave Science and Technology Reference Library” presents the experimental methods used in Shock Tubes, Shock Tunnels and Expansion Tubes facilities. Also described is their set-up and operation. The uses of an arc heated wind tunnel and a gun tunnel are also contained in this volume. Whenever possible, in addition to the technical description some typical scientific results obtained using such facilities are described. Additionally, this authoritative book includes techniques for measuring physical properties of blast waves and laser generated shock waves. Information about active shock wave laboratories at different locations around the world that are not described in the chapters herein is given in the Appendix, making this book useful for every researcher involved in shock/blast wave phenomena.