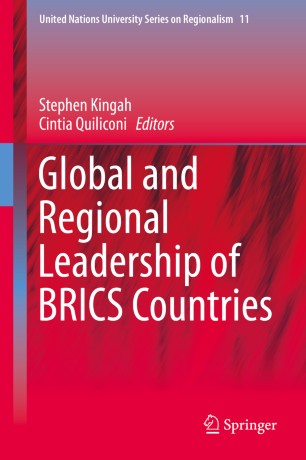 It is taken for granted that Brazil, Russia, India, China and South Africa are now engineering a unique pool of governance that is seeking alternatives to the current order of global economic and political affairs. The fact that these countries have jointly decided to forge ahead with the BRICS constellation of states that is now taking consequential decisions such as the creation of the BRICS’ New Development Bank, is not to be treated lightly. In this book the majority of papers take a step back and systematically analyse the real state of the leadership that is provided by the BRICS on a litany of regionally and globally relevant issues. While no one doubts the fact that these countries have the capacity to provide leadership especially in their various regions on many issues, what remains moot is whether they are willing and capable to do so at the global level. Even in those cases where there is the willingness and capacity, the book argues that the acceptance of such leadership by potential followers is not always a given.