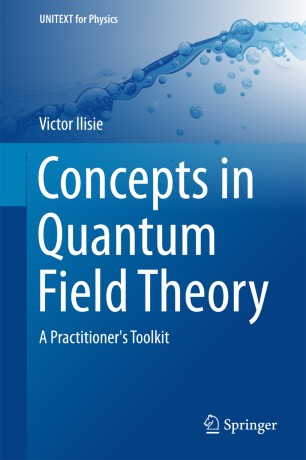 This book uses less strict yet still formal mathematical language to clarify a variety of concepts in Quantum Field Theory that remain somewhat “fuzzy” in many books designed for undergraduates and fresh graduates. The aim is not to replace formal books on Quantum Field Theory, but rather to offer a helpful complementary tool for beginners in the field. Features include a reader-friendly introduction to tensor calculus and the concept of manifolds; a simple and robust treatment for dimensional regularization; a consistent explanation of the renormalization procedure, step by step and in a transparent manner at all orders, using the QED Lagrangian; and extensive treatment of infrared as well as ultraviolet divergences. The most general (Lorentz invariant) form of Noether's theorem is presented and applied to a few simple yet relevant examples in Quantum Field Theory. These and further interesting topics are addressed in a way that will be accessible for the target readership. Some familiarity with basic notions of Quantum Field Theory and the basics of Special Relativity is assumed.

Victor Ilisie graduated in Physics in 2010 from the University of Valencia and in the following year obtained his Master’s Degree in Advanced Physics (branch: Theoretical Physics). He subsequently worked as a researcher at the University of Valencia and in 2014 and 2015 has been teaching courses on Classical Mechanics at the university, where he is completing a PhD within the framework of a project on “Particle Physics Phenomenology at the LHC and Flavour Factories”. He has also worked temporarily at Université Paris-Sud, Orsay, France and has a number of published papers to his name.

“The book basically intends to clarify and structure in a very logical manner concepts that can be confusing in Quantum Field Theory by without strict formalities. The material in the book is collected to be helpful as a complementary tool for beginners and not-so-beginners. … the book is written for advanced undergraduate-graduate students. … The book is nicely written and will be helpful for interested students.” (Farruh Mukhamedov, zbMATH 1339.81002, 2016)