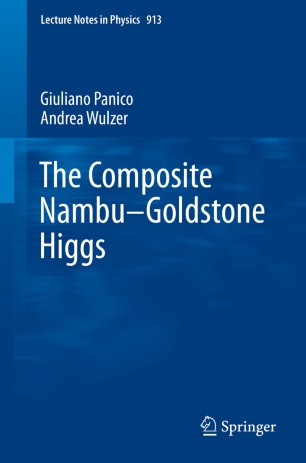 The Hierarchy Problem is arguably the most important guiding principle concerning the extension to high-energy scales of the Standard Model (SM) of Fundamental Interactions. Every scenario for addressing this issue unavoidably predicts new physics in the TeV energy range, which is currently being probed directly by the LHC experimental program. Among the possible solutions to the Hierarchy Problem, the scenario of a composite Higgs boson is a very simple idea and a rather plausible picture has emerged over the years by combining the following ingredients: First, the Higgs must be a (pseudo-) Nambu-Goldstone boson, rather than a generic hadron of the new strong sector. Second, through the so-called 'partial compositeness', SM particles mix with strong sector resonances with suitable quantum numbers, so that they become a linear combination of elementary and composite degrees of freedom. Recently, general descriptions of the Composite Higgs Scenario were developed which successfully capture the relevant features of this theoretical framework in a largely model-independent way. The present book provides a concise and illustrative introduction to the subject for a broad audience of graduate students and non-specialist researchers in the fields of particle, nuclear and gravitational physics.