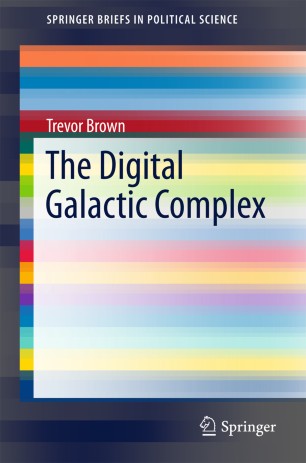 This Brief discusses the current policy environment in which the United States space program operates and proposes an industry-government partnership as a long-term policy solution. Since the Reagan administration, American space policy has increasingly sought to involve private sector operators for space. The culmination of this trend has been the Obama administration’s policy of private sector transportation of crew and cargo to the International Space Station on behalf of NASA. This book proposes that future administrations extend this policy to other areas of space, including energy, in orbit manufacturing, asteroid mining, and the exploration of the Moon and Mars. The book further demonstrates how these activities can stabilize the global political system and lead to a dramatic increase in global economic growth. Finally, the book addresses one of the most important and critical issues currently facing humanity—the need for a viable, baseload, and unlimited supply of totally clean energy. An extremely cogent analysis of the interrelationship between space activity and the terrestrial economy, this book showcases the political and economic potential of the medium of space and adds greatly to the existing literature in the field. This book will be of interest to students of political science and strategic studies as well as members of the military, government space agencies, and the international aerospace industry.