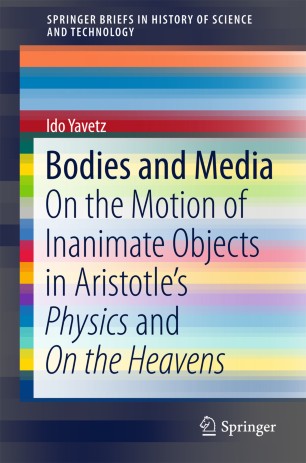 This book presents a recasting of Aristotle’s theory of spatial displacement of inanimate objects. Aristotle’s claim that projectiles are actively carried by the media through which they move (such as air or water) is well known and has drawn the attention of commentators from ancient to modern times. What is lacking, however, is a systematic investigation of the consequences of his suggestion that the medium always acts as the direct instrument of locomotion, be it natural or forced, while original movers (e.g. stone throwers, catapults, bowstrings) act indirectly by impressing moving force into the medium. Filling this gap and guided by discussions in Aristotle’s Physics and On the Heavens, the present volume shows that Aristotle’s active medium enables his theory - in which force is proportional to speed - to account for a large class of phenomena that Newtonian dynamics - in which force is proportional to acceleration - accounts for through the concept of inertia. By applying Aristotle’s medium dynamics to projectile flight and to collisions that involve reversal of motion, the book provides detailed examples of the efficacy and coherence that the active medium gives to Aristotle’s discussions. The book is directed primarily to historians of ancient, medieval, and early modern science, to philosophers of science and to students of Aristotle’s natural philosophy.