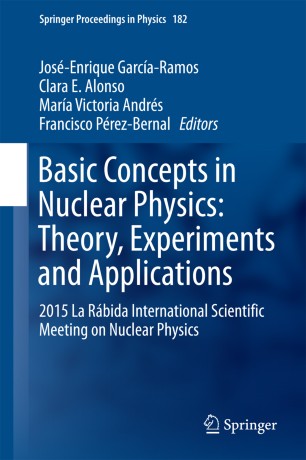 This volume covers invited papers presented during the La Rábida 2015 International Scientific Meeting on Nuclear Physics, which can be considered heir of a well known series of triennial international summer schools on Nuclear Physics organized from 1982 till 2003 by the Basic Nuclear Physics group in the University of Sevilla. The La Rábida 2015 meeting offered to graduate students and young researchers a broad view of the field of Nuclear Physics.  The first invited speaker presented the state-of-the-art of Relativistic Mean Field calculations. The second set of notes covers selected topics in gamma ray spectroscopy with exotic nuclei. The third speaker presented an introduction to the subject of severe accidents in nuclear power plants. In the forth set of notes, the author illustrated how to use laser spectroscopy to determine very important observables of atomic nuclei. The fifth speaker devoted its notes to explain several aspects of neutrino physics. Finally, the sixth speaker presented an overview of nuclear medicine and radiodiagnostic. In addition to this, the inclusion of the posters and seminars presented by the students gives a fresh and ample perspective on the many different problems of interest nowadays for the Nuclear Physics community.