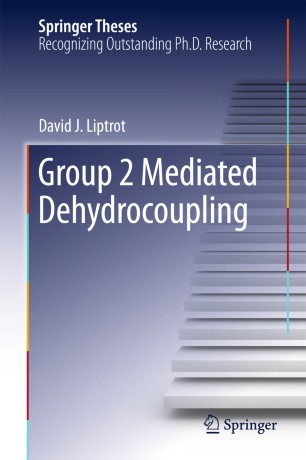 This book presents an in-depth study into the utility of σ-bond metathesis in Group 2 mediated reactivity. A comprehensive introduction defines the state of the art in both Group 2 mediated catalysis and dehydrocoupling. Structural investigations giving rise to a range of mixed s-block metal hydrides including a remarkable dodecabimetallic decahydride are then described. Subsequent extensive mechanistic work focussing on both silicon-nitrogen and boron-nitrogen dehydrocoupling gives insights into both congeneric effects down Group 2 and ligand effects centring upon magnesium. These studies show the striking effects of these factors, as well as the electronic nature of the hydridic coupling partner.  Finally, the unprecedented introduction of single-electron transfer steps into Group 2 catalytic manifolds is described. The use of the stable radical TEMPO to induce single-electron transfer to substituents bound to Group 2 centres coupled with σ-bond metathesis allows a novel hydrogen release from silanes.