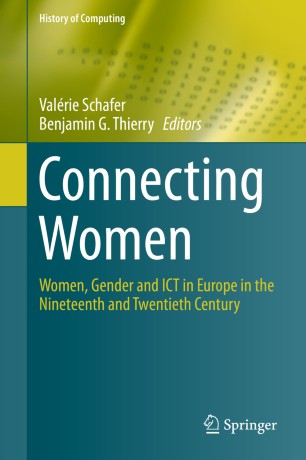 Women, Gender and ICT in Europe in the Nineteenth and Twentieth Century

This important volume examines European perspectives on the historical relations that women have maintained with information and communication technologies (ICTs), since the telegraph.

Presenting a dialogue which encompasses a diverse selection of transnational and interdisciplinary studies, the text investigates forms of female empowerment, gendered representations and women’s professionalization, in different spheres of ICT.

Providing a broad analysis on the interconnections between innovation, technology, and women’s history, this collection will be of great interest to all researchers at the intersection of gender studies, media history and the history of computing.