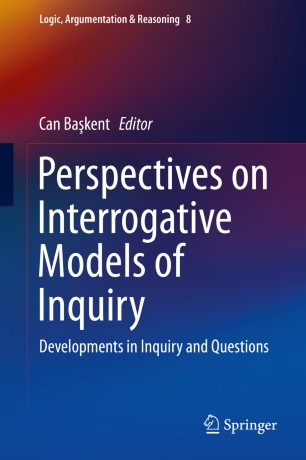 Perspectives on Interrogative Models of Inquiry

Developments in Inquiry and Questions

This book explores the two major elements of Hintikka’s model of inquiry: underlying game theoretical motivations, and the central role of questioning. The chapters build on the Hintikkan tradition extending Hintikka’s model and present a wide variety of approaches to the philosophy of inquiry from different directions, ranging from erotetic logic to Lakatosian philosophy, from socio-epistemologic approaches to strategic reasoning and mathematical practice.

Hintikka's theory of inquiry is a well-known example of a dynamic epistemic procedure. In an interrogative inquiry, the inquirer is given a theory and a question. He then tries to answer the question based on the theory by posing questions to nature or an oracle. The initial formulation of this procedure by Hintikka is rather broad and informal. This volume introduces a carefully selected responses to the issues discussed by Hintikka.

The articles in the volume were contributed by various authors associated with a research project on Hintikka's interrogative theory of inquiry conducted in the Institut d’Histoire et de Philosophie des Sciences et des Techniques (IHPST) of Paris, including those who visited to share their insight.