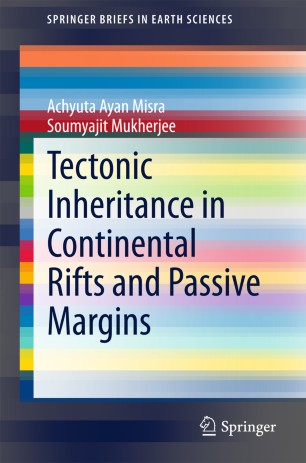 This work reviews the mechanism of rifting with a focus on pre-existing tectonic weaknesses in pre-rift and/or basement rocks, i.e., on tectonic inheritance. The passive margins that are studied in this book are the Norwegian Continental Shelf, the Eastern North America and the East and West Indian Continental Margins. The continental rifts that have been analysed are the East African Rift System, the Brazilian Continental Rift Systems and the European Cenozoic Rift System. It states how rifts and passive margins serve as valuable locations for hydrocarbon exploration. Tectonic inheritance/heritage examines the influence of pre-existing/pre-rift elements on the geometry, genesis and propagation of rift-related faults. Such elements include anisotropies in the shallow crustal levels, as well as the rheology of the lithosphere. Inheritance greatly influences the architecture of rifted passive margins including the attitude of faults and geometry of horsts, (half-) grabens, transfer zones etc. Inheritance is also a determining factor in the width of rifts and rift shoulder topography.