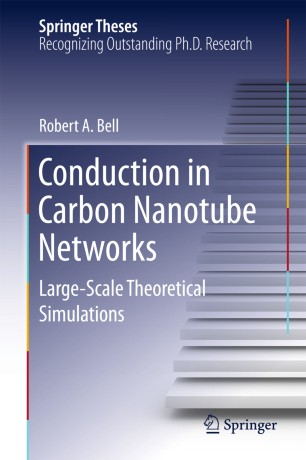 This thesis exploits the ability of the linear-scaling quantum mechanical code ONETEP to analyze systems containing many thousands of atoms. By implementing an electron transport capability to the code, it also investigates a range of phenomena associated with electrical conduction by nanotubes and, in particular, the process of transport electrons between tubes.

Extensive work has been done on the conductivity of single carbon nanotubes. However, any realistic wire made of nanotubes will consist of a large number of tubes of finite length. The conductance of the resulting wire is expected to be limited by the process of transferring electrons from one tube to another. These quantum mechanical calculations on very large systems have revealed a number of incorrect claims made previously in the literature. Conduction processes that have never before been studied at this level of theory are also investigated.