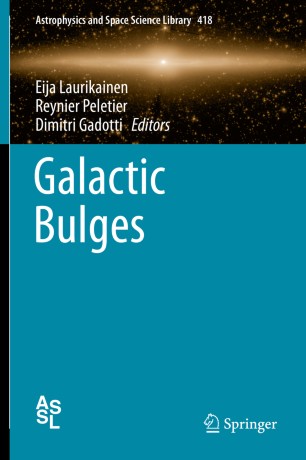 This book consists of invited reviews on Galactic Bulges written by experts in the field. A central point of the book is that, while in the standard picture of galaxy formation a significant amount of the baryonic mass is expected to reside in classical bulges, the question what is the fraction of galaxies with no classical bulges in the local Universe has remained open. The most spectacular example of a galaxy with no significant classical bulge is the Milky Way. The reviews of this book attempt to clarify the role of the various types of bulges during the mass build-up of galaxies, based on morphology, kinematics, and stellar populations, and connecting their properties at low and high redshifts. The observed properties are compared with the predictions of the theoretical models, accounting for the many physical processes leading to the central mass concentration and their destruction in galaxies. This book serves as an entry point for PhD students and non-specialists and as a reference work for researchers in the field.

Dr. Eija Laurikainen is Senior researcher at Finnish Centre for Astronomy with ESO (FINCA), working at the University of Oulu. She is primary or co-investigator in several international collaborations on galaxy research.

Dr. Reynier F. Peletier is Full Professor and Department Chair of the Kapteyn Institute of the University of Groningen. His main research focus is on formation and evolution of galaxies.

Dr. Dimitri A. Gadotti is ESO Faculty/Operations Staff Astronomer. His research aims at understanding the formation and evolution of galaxies.