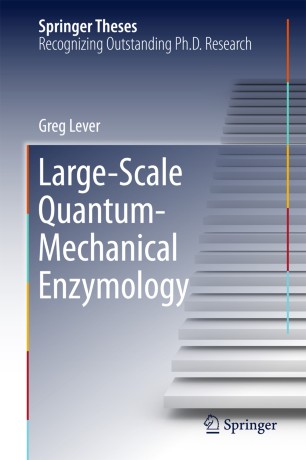 This work establishes linear-scaling density-functional theory  (DFT) as a powerful tool for understanding enzyme catalysis, one that can complement quantum mechanics/molecular mechanics (QM/MM) and molecular dynamics simulations. The thesis reviews benchmark studies demonstrating techniques capable of simulating entire enzymes at the ab initio quantum-mechanical level of accuracy. DFT has transformed the physical sciences by allowing researchers to perform parameter-free quantum-mechanical calculations to predict a broad range of physical and chemical properties of materials. In principle, similar methods could be applied to biological problems. However, even the simplest biological systems contain many thousands of atoms and are characterized by extremely complex configuration spaces associated with a vast number of degrees of freedom. The development of linear-scaling density-functional codes makes biological molecules accessible to quantum-mechanical calculation, but has yet to resolve the complexity of the phase space. Furthermore, these calculations on systems containing up to 2,000 atoms can capture contributions to the energy that are not accounted for in QM/MM methods (for which the Nobel prize in Chemistry was awarded in 2013), and the results presented here reveal profound shortcomings in said methods.