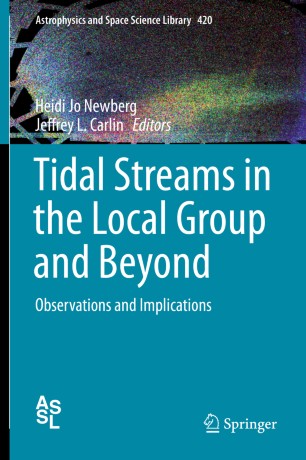 Tidal Streams in the Local Group and Beyond

This volume is written by leading scientists in the field, who review the current state of our knowledge of tidal streams in the Milky Way, the Andromeda galaxy, and in other nearby galaxies.  The cosmological origins of dwarf galaxies and the physical processes by which they are tidally disrupted into streams and incorporated into galaxy halos are discussed. The techniques that have been used to identify tidal streams are presented, and will be useful to researchers who would like to find substructures in the next generation of optical sky surveys, including Pan-STARRS and LSST.  The methods that are currently under development to constrain both large scale distribution of dark matter in the Milky Way and the (small scale) lumpiness of the dark matter distribution are also explained.  The authors also provide motivation for future spectroscopic surveys of Milky Way halo stars, which will aid both in the identification of tidal streams and the constraint of dark matter properties.This volume is aimed at graduate students who are beginning this field of research, but is also a resource for researchers who study tidal streams and related fields.  In addition to presenting the physical processes by which tidal streams are created, it also reviews the current state of the observations and the progress towards utilizing these observations to constrain the distribution of dark matter in the Milky Way. The book will introduce anyone with a background in astrophysics to the field of tidal streams.