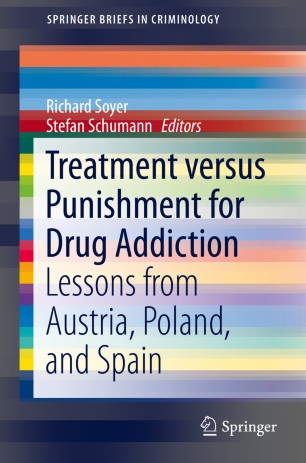 Treatment versus Punishment for Drug Addiction

Lessons from Austria, Poland, and Spain

​​This brief summarizes the results of a two-year, international research project covering drug addiction treatment versus punishment in Austria, Poland, and Spain. It features:

The basic findings of the project can be summarized as follows: drug addiction and drug-related criminal behavior should be treated as a psychiatric disorder and a chronic disease. The study supports the application of a treatment-oriented approach to drug-related delinquency. As this brief demonstrates, one challenge to an adequate treatment of drug addicted offenders is a lack of cooperation between the judicial and the medical sector, and an inconsistent application of policies. By comparing the legislation and application of drug laws in these three European countries, the authors provide insights with implications for other national legal systems.

This brief will be of interest to researchers and policy-makers working with drug involved individuals, from criminology and criminal justice, public health, public policy and international comparative law.

Richard Soyer is Professor of Criminal Law at the University of Linz, Department for Criminal Justice, Austria, and Senior partner at the law firm Soyer & Partner, in Vienna, which is the leading Austrian law firm specializing in criminal law. Since 2012, he has been Chairman of the Commission for Criminal Law of the Austrian Bar Association, and he is spokesperson of the Austrian Criminal Bar Association. He forms part of the experts' advisory board on drug laws and substitution treatment founded by the Austrian Ministry of Health in 2013.